weren't we here yesterday having this exact same conversation?

The one who frowned and the lady. (And, if you get that reference, bully to you.) But, who gives a damn about closure?

Every story ends in death if you keep telling it--and, if there is a fourth film in this series, rather than the phrasing-appropriate Before Noon, I hope it's called Afternoon and someone's dead. That would be the appropriate thematic end to this story...

But, I don't really want to fabricate a fourth story. I've already written recently about how I don't like people thinking the movie needs to match up to their ideals for it. Wood (1998) would agree with me, I think. He writes--in a piece entitled "Rethinking Romantic Love: "Before Sunrise" by the way:

I believe in the possibility of a "definitive" reading of a work only in the sense that is is definitive for myself at a certain stage of my evolution, that is "defines" not the work by my own temporary sense of it, the degree of contact I have been able to achieve, as clearly and completely as I can... (p. 318)

For me, as this month of the blog turned from versions of movies into an exploration of films about marriage and divorce and romance and love, I'm thinking about when and where I saw these films. Since I've been an adult, most movies I have seen have been by myself. But, Before Sunrise, I may have seen with one or both of the youngest of my sisters, Bobbie and Brooke. I don't specifically remember seeing this movie, but expect, given the timing, that I saw it at the underground theater in Old Town. Before Sunset--that was with my wife, probably at the Playhouse 7. Before Midnight was me, alone. This movie is all about (at least through its middle) expanding the world of Celine and Jesse. Like this dinner scene--along with Jesse and Celine, we get older couples, and a younger couple (plus, we've already learned that while his Jesse's son was visiting for the summer, he kissed a local girl in Greece), and nearby there are kids, and I saw this film alone. I watch it alone now. I know this entry will get pageviews, maybe the facebook link will get some likes, but I doubt anyone will comment. 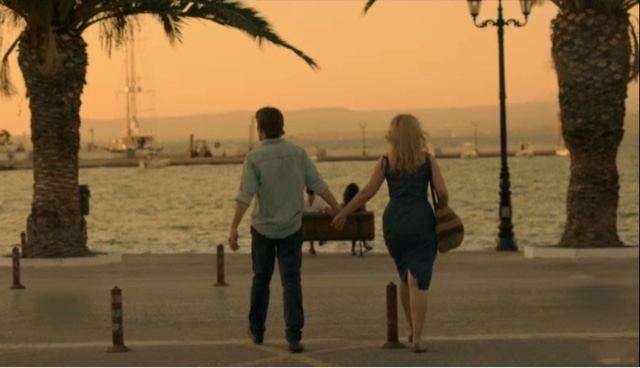 The thing is, we do everything alone. Even the things we do together. "But," as the old man just said, "at the end of the day, it's not the love of one other person that matters, it's the love of life."

I think of the... Is it irony? I saw Before Sunrise and had never experienced anything like the romance at its heart. I saw Before Sunset and wanted a happy ending because I thought I had mine. No, I had mine. But, the story really only ends with death, and I haven't died yet, so I saw Before Midnight and the separation and the anger hit home...

The other night, a friend was asking me about my marriage, if we'd ever get together. This as our final divorce papers have been signed and I guess we're just waiting for them to be processed, and this as literally as my friend is asking me about this, my ex is getting mad at me because I'm distracted and not texting but a few words at a time and...

Most of the time, I am happy with my life as it is. Especially since I went back to school, went to grad school, started teaching. Sometimes, life angers/saddens/bewilders me.

Then, a new quarter starts (tomorrow) and life is orderly for eleven weeks and I don't have to think so much about it. The truth is, I am happy, but I am also depressed. I'm just really good at doing the happy side... being the happy side in recent years.