i'm sure i can think of something 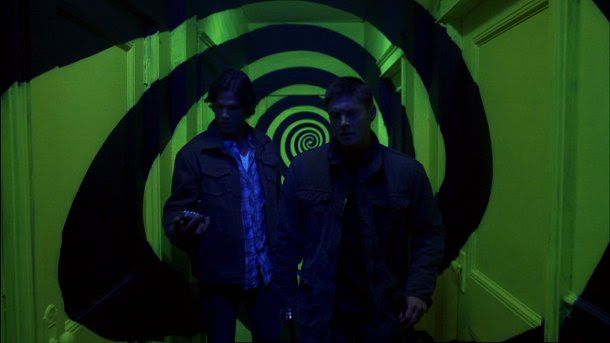 I will not be writing about them specifically today. If you want to read about them, have a look at the original Time Loop TV Day entries:

I also mostly finished my LEGO Gobbler's Knob today. Here's a blurry shot (I'll post clearer ones when it is done): 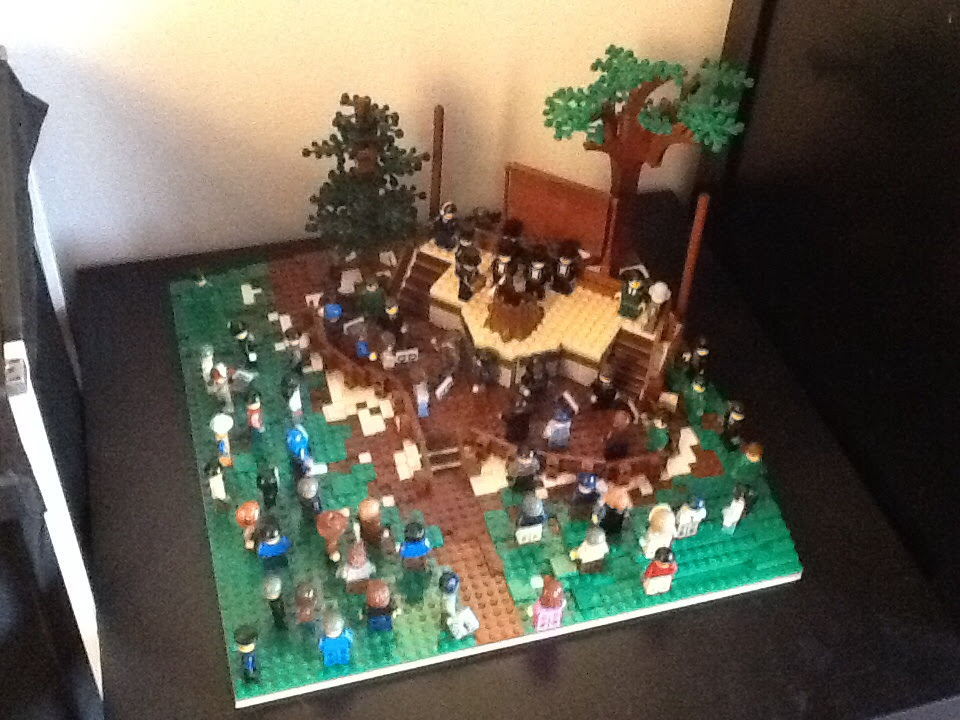 It needs some more people, I think, to get a better crowded feel.

I could get into a whole narrative on the building of that thing, but that might be boring. Today, for example, I took apart 193 collectible minifigures (to be sure I had the right parts available for the crowd) and got a blister from pulling off all their arms and hands. But, no pain, no Gobbler's Knob.

Sitting here watching Groundhog Day now, looking at some scribbled notes from recent entries, I find myself focusing on consubstantiality, another thing from Burke. Stevenson (1999) describes consubstantiality as "a symbolic rejoining with others from whom we have felt separate since the moment of entry into the symbolic" (p. 192). That phrasing implies to me that the use of language and whatnot (i.e. the symbolic) pulls us away from people even as we use said language and whatnot to connect with those very people, to achieve consubstantiality and connection. Really, though, I read it as something (seemingly) simpler: connection.

It occurs to me that this blog does not reflect, or necessarily result in, connection with anyone. I'm reminded of Van Dijck's (2013) suggestion that connection and connectivity are not the same thing. This entry, once I post it on Blogger, will automatically post onto Google +, I will then link to it on Facebook page, which will automatically post it to Twitter. I will retweet that as myself, which will in turn put the link onto my personal Facebook page. Recently, something from this blog was posted on Reddit as well--my own attempts to infiltrate Reddit several months back didn't seem to amount to much, but I'm hoping this person knew somewhere worth posting it. Also, my signature on IMDb, where I've been posting more lately, includes a link to this blog. Numerous people will see it at each of these places and click through to the entry. They might even read it. But, that's not connection. That's connectivity.

Two things are important here: 1) on one level, I began this blog to connect with people, just like when I emailed chapters of one of my novels to people as I wrote them 15 years ago, 2) I am not always that best at the connection side of things. I am putting together a party for Day 365 of this blog, involving invitees from 3 different circles in my life, speech team, grad school, and family. It may be awkward, it may be awesome, it will definitely be interesting. I almost wish I would have something profound and meaningful to say in front of all of them that day that I haven't already said at least once in this blog.

(Hell, I wonder if the last few entries going into Day 365 will be as great as I would have hoped a while back. I wonder what I still have to say about Groundhog Day at this point. I've been deliberately drifting away from the film most days lately, writing about Tru Calling when I hadn't planned to, and writing about a few time loop, or at least screwed up time, movies (Somewhere in Time, Run Lola Run, Primer, Sliding Doors)... and there should be a few more of those in the coming days. I want to pull away from Groundhog Day for a few reasons:

1) Maybe I won't miss the film so much when I stop watching it every day.

2) I have said so much about the film and topics relating to the film in the past year that there really is little to say that is not just a variation on something I have already said.

3) I am really considering transitioning this blog into a second phase. Phase Two will still be daily, but will no longer be the same movie every day. I'm thinking, one movie every day for a week, enough time to review it generally, listen to and comment on a commentary track if there is one, break down some themes or filmmaking details, and move on to another movie the next week... Of course, I would also like to find something I could do on YouTube because that gets more attention than a blog does, these days. And, I've thought about a podcast. But, then, of course, I must remember that I've got another year of a grad school (with a thesis to write), another year of coaching for the speech team, 3 kids and all the busyness that comes with them, so I wonder if I'm too ambitious... which is weird, because ambition has never really been something I associate with myself.

It's like the end of a relationship, the end of an era. It might be nice to metaphorically pull off the bandaid quickly, but I'd rather pull it away slowly and make sure the wound is healed or healing underneath.)

I want to be meaningful, I want my audience, however big, however scattered around the internet, to get something out of this blog, even if it's just a brief bit of amusement each day. But, sometimes, like Rita just now, I don't know what to say.

As the movie ends, I finish today's entry, Day 340. And, I look forward to (and maybe dread, as well) moving on from Groundhog Day to something new.

Today's reason to repeat a day forever: to pull off every bandaid quickly.