we know that winter

Maxim Gorky once said of Anton Chekhov, “Beautifully simple himself, he loved everything simple, real, and sincere.” Schmidt (1997) expands on this, saying, “Simplicity was his touchstone for art. He hated pretentiousness and fuss” (p. 2). I’d wager Chekhov, like Harold Ramis, was a beloved writer who the theatergoing masses loved. Schmidt, again, tells us,

All Chekhov’s plays are based on the traditional themes of middle-class melodrama: hopeless love, money, marriage, and who owns the house. In that sense, he was a playwright of his time, trying to write the kind of plays audiences wanted. It’s important to remember that in his lifetime his most popular plays, and the ones that made money, were the one-act comic “sketches” he wrote over a period of five years. These he wrote easily and quickly, because the comic sketch was the genre with which he began as a writer. (p. 3)

This is not the Chekhov Phil Connors speaks of, one who “saw the bleak winter [and] saw a winter bleak and dark and bereft of hope.” That Chekhov, it seems, is a simplistic construction for the audience of this comedy. We imagine Russians as more serious, full of mirth and woe and, stuck in their cold, barren landscape as they must be, certainly never happy. So, Russian writers must be serious and they must write depressing and bleak material. It’s notable, by the way, that in earlier drafts, there was no actual mention of Chekhov by Phil, rather Rita saying to Phil, “That was great what you did there with Chekhov and the long winter” (Rubin, 2012 (1990), p. 57)). I think Rubin thought it sounded clever and Ramis ran with it, and made it... better. Better, but apparently inaccurate. Chekhov was a medical doctor and a playwright and, it seems to me, he was probably a fairly upbeat guy, not unlike Harold Ramis. 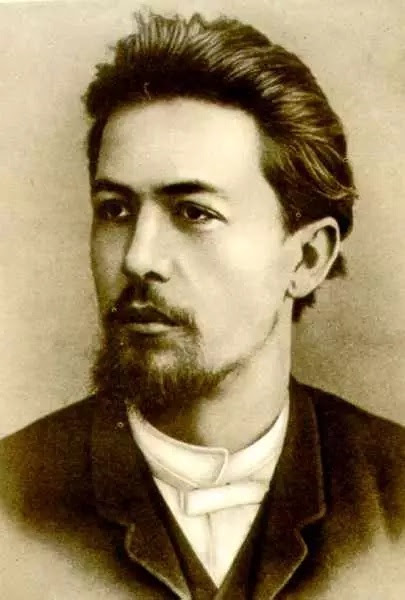 Butsch (2001), writing about movie audiences in the 1930s, juxtaposes an audience for which, “poverty was not pejorative; being poor and working-class was a badge of authenticity” (p. 112) with the urge to “hav[e] a good time” at the movies (p. 113). Even if we assume—and we Americans love to assume—that Tsarist Russia was a cold, bleak landscape, that would not mean the audiences wanted cold, bleak entertainment. Not anymore than American audiences today, still trying to recover from economic recession, seek out bleak entertainment. Hell, just tonight, a couple of my kids were finally watching the last couple episode of Breaking Bad, which is certainly a darker brand of entertainment popular of late, but it is hardly bleak, and even has elements of wish fulfillment to it.

It was Stanislavsky (according to Schmidt) who called Chekhov’s plays “tragedies.” That was not the reality of his plays, which were mostly comedies. Schmidt writes, “And if any one author ever had a sense of the human comedy, the heartbreaking ridiculousness of our everyday behavior, it was Chekhov” (p. 1). Chekhov is the kind of writer who might have fashioned a story like Groundhog Day. Similarly, since I referenced Shakespeare the last couple days, it’s worth saying that he might have told a story like this, too. Shakespeare, whether he was a singular author or just a name, whether he wrote original stories or stole the broad strokes of most of them from previous works, wrote a lot of universal stories that we can all relate to. The Russian names make it harder, but Chekhov seems to have done the same. And he made things simple. Schmidt writes,

Over and over, we see Chekhov reducing action and dialogue to their simplest terms, to ensure his audiences’ identification with their own lives. He wanted the people onstage to be recognizably normal for the audience and to speak a language that the audience understood was theirs. (p. 4)

Groundhog Day has a very simple plot, even a quite simple story. Phil Connors is a character we can all not only enjoy but relate to, even if we don’t want to admit, pre-loop, that we have much in common with the jerk we see on the screen. Actually, that jerk is quite charming. He’s charming, but he’s got potential for something terrible.

I’m reminded of the notion of Tom Hanks being the early choice to play Phil Connors. The Wire reports,

Hanks reportedly told Ramis it was a good thing he declined the movie. “Audiences would have been sitting there waiting for me to become nice, because I always play nice. But Bill’s such a miserable S.O.B. on and off screen, you didn’t know what was going to happen.”

(I had to look this up anew because, just like before, I could not remember where I first read about why Tom Hanks wasn’t right for the part—I thought it was Gilbey, but no luck there. Thought maybe it was something Rubin (2012) said in How to Write Groundhog Day but no luck there, either.)

Bill Murray, on the other hand, as Gilbey (2008) describes—he looks “like he might really do some damage, if he could ever be bothered to get out of his pyjamas, clear away the three-day-old-pizza boxes, brush his hair, finds his keys...” (p. 27). But, we still like him. We see his flaws, we reject the worst of his behavior, but we still accept him and like him and we want him to get what he wants (even if he doesn’t know what that is right away).

Going right along with the time loop way of life in Groundhog Day, Schmidt tells us how, with Chekhov,

The rule of causality, the idea that every act is subject to consequences, that morality is a matter of rectitude or retribution—all that vanishes. Chekhov’s characters pull actions and phrases out of the air (as happens in reality) and let them loose. His characters are unaware of, or ignore, the effect of what they say and do. (p. 5)

Like Phil Connors early in his loop. There’s a great bit from Chekhov just after that Schmidt passage:

What happens onstage should be just as complicated and just as simple as things are in real life. People are sitting at a table having dinner, that’s all, but at the same time their happiness is being created, or their lives are being torn apart. (quoted in Schmidt, p. 5)

I like the idea that each and every moment, regardless of how it might appear to an observer, is a moment in which our happiness is being “created” ...or destroyed for that matter. Life is not built simply on the big moments that push us one direction or another obviously, but all of the singular moments that might provide only an immeasurable nudge. Groundhog Day then, is Chekhovian in its simplicity, and Shakespearean in its scope. And is definitely one of the greatest films, well, ever.

Even if Rubin and Ramis and Phil misuse Chekhov.

Today’s reason to repeat a day forever: to create happiness.