i wish i had it all on tape

I wish I had more home movies. I have a few, but the video camera I had when my kids were small was broken and its battery would never work; it only ever worked when plugged into an outlet. So, it was not very mobile. There are plenty of photos, but I can imagine being Henry Larson sitting in the den (not that I have a den now or expect to have one when I am an old man) watching old home movies.

Someone posted an updated version of Frans Hofmeester’s video of his daughter Lotte on Facebook earlier today. He filmed her every day for 14 years now (the previous version going around was 12 years, and it was in a cellphone commercial so it got a lot of visibility), and it is a remarkable pseudo-time lapse of growing up.

Here is the video. (Embedding videos in this blog just does not work anymore, and I do not know why.)

I think the reason Home for the Holidays works so well is that it provides a rather universal snapshot of an American family celebrating Thanksgiving. The personality types fit probably most any family. The conversation ranging from inappropriately personal anecdotes to out-of-place political discussion exemplifies the conversation around the dinnertable here as well. Hell, regardless of the specific occasion and that brief-as-could-be focus on giving thanks, the family archetypes and the conversation probably fits something much bigger than the American family. I am sure every family has that fussy, controlling, sibling who takes everything a little too seriously. He/she is a bit high-strung. Maybe a bit of a martyr complex. And/or a savior complex. (Are those two different things?) Then, there is a different kind of high-strung, like Robert Downey, Jr.’s Tommy. Downey, Jr. was high on heroin while filming, but that general energy level, a bit manic, a bit too quick to smart-ass comments and put-downs—your family has probably got one of those as well. Big enough family, you might have more than one.

The snapshot thing, though—we get (for the most part) a single day in these characters’ lives just like a family gathering like Thanksgiving might give us a single day with some family members we do not see much. Cousins, in-laws, nephews, nieces... if we have moved far from home, maybe we do not see our parents or siblings much. Me—I only live a few cities away from my parents and a couple of my sisters. Two more sisters live a bit father but drivable. Actually, one of those is moving even farther away this weekend, probably will not see her or her kids very often. So, the snapshot thing will definitely start happening. Nieces and nephews grow up just in fits and spurts as we just do not see the gradual changes anymore. The lives of others in occasional glimpses. It is no wonder that those different personality types may get a) more entrenched in who and what they are and b) separated from everyone else a little more in the process. Like evolution, each branch of the family its own Galapagos island with different schools, different jobs, different cities pushing them in different directions until they become something like foreigners when they return home.

Backtracking a bit, home movies trap us in a specific time and place. They take us back to more familiar surroundings. Rose-colored glasses to remember gatherings past, siblings and nieces and nephews and cousins when they were younger, when we were younger. As Henry just said in his blessing, “everything’s changing too damn fast.” It does not matter how great the past actually was or was not. What matters is that the past is something we know. The future is unknown and the present is much too close to the edge of that unknown, so the past is a comfortable place. Problem with a family gathering like Thanksgiving dinner is that we want it to be something like the past but instead it shoves us right into the present, the brink over which we can quite easily slip into the unknown, catching up with people we used to see every day like we barely know them at all... because, really, we probably do only barely know them anymore.

Time is the enemy of familiarity and family. 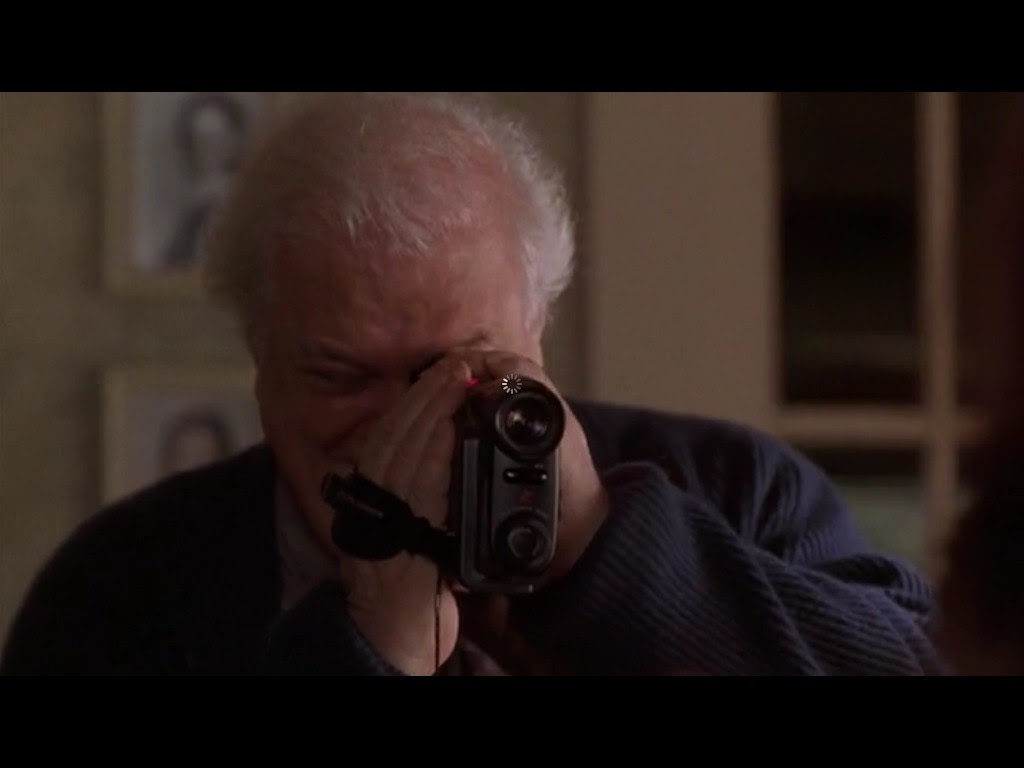