if not now, when?

But, here’s what’s great about Pieces of April. Real people are often assholes. Real people are not always so easy to figure out. They’ve got problems, their problems sometimes date back to before you ever knew them, and you might never get the chance to figure them out fully. April doesn’t need to be explained. Her mother doesn’t need to be explained.

Her sister Beth might need to be explained, but really she’s a logical extension of the mother’s bitchiness and the mother’s dyingness. Similarly, Timmy’s attachment and possibly inappropriate closeness—these things make sense around what we see of Joy, a woman whose bitterness was eventually answers (not literally, of course) with cancer that made her life and her personality finally make sense.

Hell, maybe that’s April’s problem; she hasn’t found the thing that makes her make sense yet. She could use a good time loop... ooh, there’s a thought. If this were a time loop...

...for April, then waking up might go a little better eventually. Bobby would probably be a bit confused because April got out of bed deliberately and purposefully. She would accept the salt and pepper shakers with thanks... which means their little bit of sex would change, maybe not even happen. She would know her oven wasn’t going to work and go straight to Eugene and Evette. Evette, being an obviously caring person, would always be touched by April’s story—whatever it is—and their oven would be available every morning.

Actually, at some point, April would learn how to fix her oven herself, but then she’d find some other way to interact with Eugene and Evette, to interact with Tish and Wayne and even that cranky guy in 3B. Like Phil Connors in Groundhog Day, April would get to know everyone in her building. It is said that she’s new in the building, but she would be the most popular person in the building, she wouldn’t even need her parents to show up, but they would, and Bobby wouldn’t scare them off with he crazy bloodied self, and they would find an all-building Thanksgiving going on. And, speaking of Bobby, he wouldn’t need to go get that suit but April would find a faster way for him to have one, and there would be decorations galore. I imagine a rooftop party with everyone in attendance, a delicious turkey and the usual accoutrements. And, there would be a nice vegetarian spread at one side of the party, too, for the likes of Tish (and April, who is also a vegetarian).

April would also learn Chinese and, the big speechy bit at the end—to echo Phil Connors’ Chekhov report—would be a Chinese-language rendition of the first Thanksgiving story, but not the wholesome, schmaltzy version but an inspirational, meaningful version that would draw the audience in and make them wonder why any other holiday might be more popular than Thanksgiving. 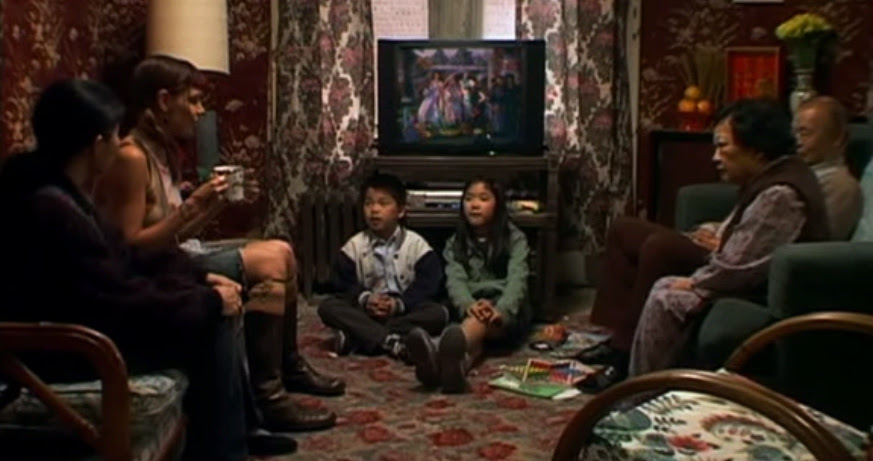 ...for Joy, though. What would a time loop be like for someone who’s dying? She’d probably resort to suicide a lot sooner than the likes of Phil Connors or April Burns. She’d probably get in a few more of those “I don’t know how to say this” moments. She wouldn’t get the get-to-know-the-neighbors thing April would get, or that Phil gets in Groundhog Day; instead she’s just got her family and that car. It’s a tiny world, but that doesn’t mean she couldn’t make some significant changes within it, help Beth not be such a hovering fussbudget

(did I really just use that word? what year is it?)

and help Timmy to not be such a mama’s boy so he’ll be ready for her to be gone, help Jim to move on and let Grandma know that her daughter is not totally horrible. And, I imagine that Joy would manage to get to a Smack Daddy concert in the city, maybe bring him to April’s rooftop party... well, assuming they get concurrent time loops.

...for Grandma... actually, her days probably blend together already, what with the dementia and all. A little like the drug addicts in Repeaters. Hell, the time loop version of Pieces of April would tie back well into April’s past problems.