i'm a little surprised to see myself here, too

John Hughes didn’t direct Dutch, but he did write and produce it, so it’s not that surprising that this Thanksgiving road/buddy picture has a lot in common with Planes, Trains & Automobiles. 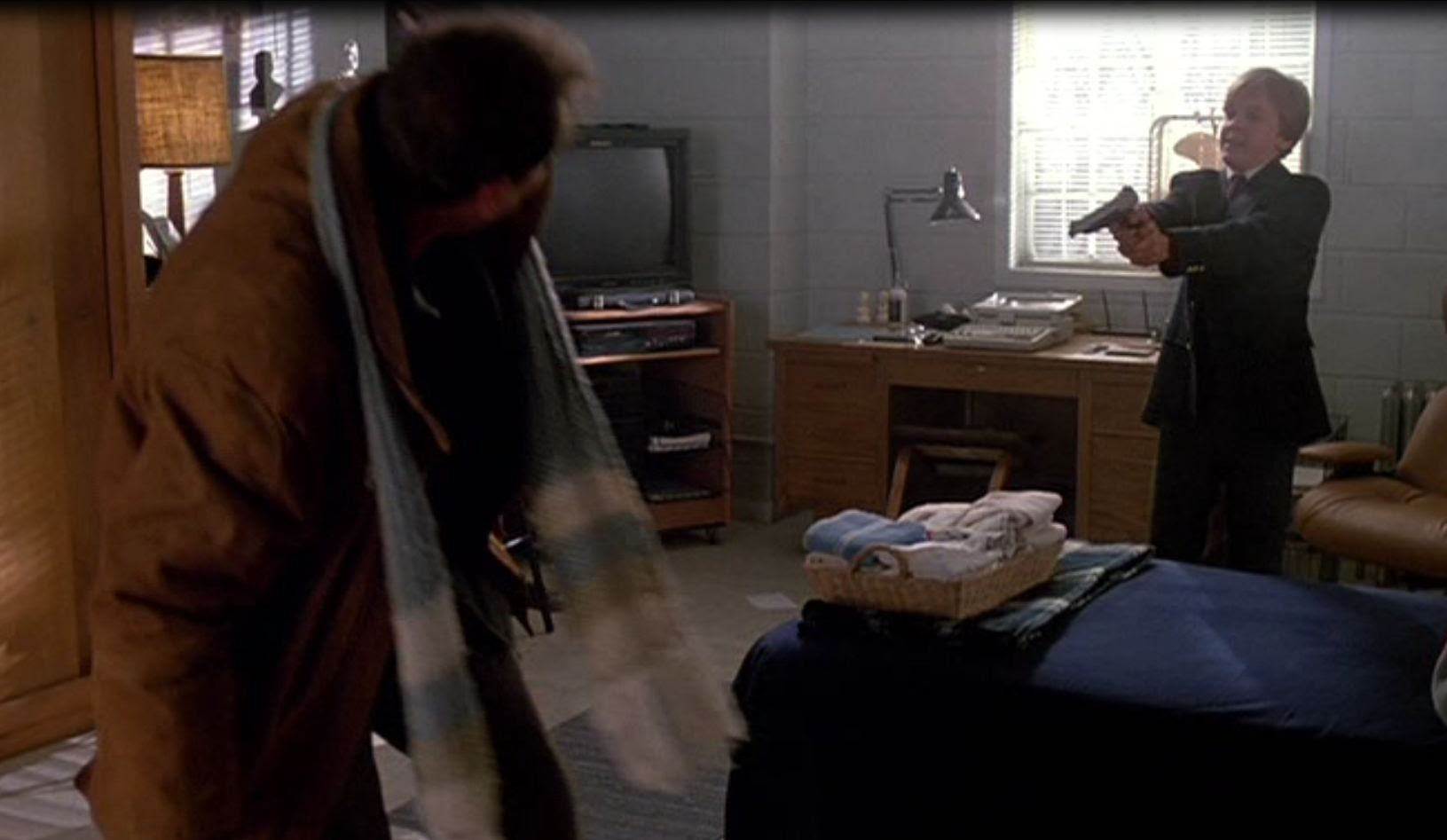 There’s a rental car being pretty much destroyed.

There’s an out of control fire (that results from a controlled fire).

There’s robbery (and the discovery of said robbery while in a diner).

And that’s just major story beats. Dutch doesn’t have the awesome characterization of Steve Martin or John Candy, but it does have Ed O’Neill. There’s a different kind of charm to Dutch than Planes, Trains & Automobiles, but the plot is basically the same. Just shuffle a few of the parts around, switch out the strangers for “father”* and son.

* If you’ve not seen the film, the premise is that Ed O’Neill’s titular character is transporting his girlfriend’s son home for Thanksgiving. Kid doesn’t like him, getting-to-know-you stuff ensues when they aren’t trying to (figuratively) kill one another.

What’s particularly different here is the lesson learned... sort of. Steve Martin’s Neal learns to look past his initial impressions of people, or something along those lines. Ethan Embry’s Doyle, on the other hand, learns a slightly different lesson, something more classist (or its opposite, rather); he learns to get over his own rich white boy privilege to see other people for who they are...

Actually, even the lessons learns are pretty damn close.

Still, I will do my best to explain the differences over the next several days.

Not today, though. I am in need of sleep. Seven days of “work” including two long speech tournament days this weekend. And, tomorrow is my 8am to 10pm school/teaching day.