The point is not that Claudia restores paintings. Not strictly speaking, anyway. What matters is that she restores paintings when she herself used to be a painter. She is a single mother who is unable to do (arguably) what she wants to do.

It is weird, but I am not sure if I can quite relate to that like I used to be able to. I probably would not mind writing again—fiction, I mean—but it does not get to me anymore that I do not have time to write. What I do have time to do these days, work-wise, is more fulfilling than work I used to do all the time—inane office jobs.

I think my mother is losing her grip on reality. All her life she’s been this outgoing, happy-go-lucky personality. She cried a lot in private but to strangers she was a barrel of laughs. Now, lately she’s gotten real bad. She wakes up every morning frightened. And she gets real worked up about war and crime and taxes, those terrorists, and she thinks the president secretly owns McDonald’s and the Home Shopping Channel. It’s not funny.

This from the mother inexplicably undressing as she recites this letter from memory. It is a bizarre moment, but for this movie just another strange moment in the midst of many. 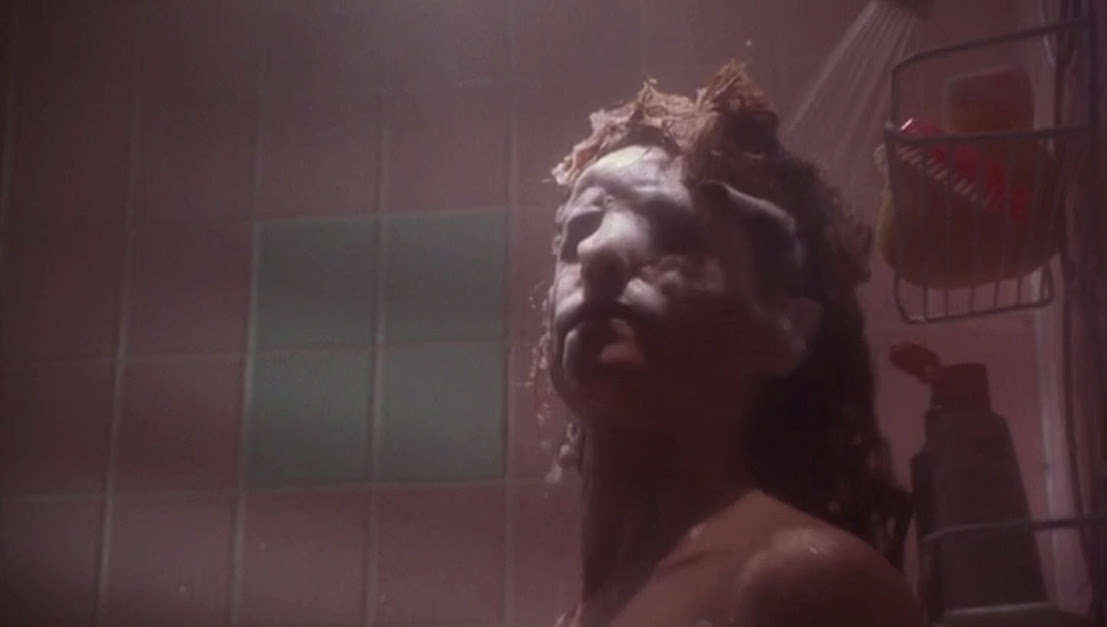 I would not say that every family has bizarre stuff going on when they get together, but maybe, in a way, the stuff that is going on just seems bizarre, because blood being thicker than water, is thick enough to go to your head and mess with your processing. We do not think straight around family. Or maybe we think a little too straight. Every new thing relating to family is painted by every past thing. The simplest action is complicated by every action that preceded it.

But, hell, that’s life all around, is it not? Just moreso with family.

A big family, like mine—we’ve got our crazy goings on certainly. Not every Thanksgiving, not every family gathering. But, we’ve got our moments.

No crazy Aunt Glady, though. Not yet anyway.

And I knew it the very first second I ever laid my eyes on him, too. Thanksgiving Day, 1952, 2 o’clock in the afternoon. My sister brought that fella to our house for dinner after his own mother had stuffed him to the gills. And still he ate... like a horse in a uniform...

Oh, I couldn’t take my eyes off that dark blue uniform and those bright silver wings. And his big strong hands. And he had a little mustache..

I was eighteen years old and he was only twenty-one and we were both so nice looking and I can still taste the salt on his lips. Those soft, soft lips. And that tickly little... oh tickly, tickly little mustache. I could still feel it, forty-three years later, like a toothbrush.

He kissed me... one Christmas Eve. And, for one special moment, my own little life was as big as I could ever want it to be. To have someone so close to you, they’re inside you when you’re feeling small and scared and just so disappointed in yourself.

And, whenever I look at your father, I know how lucky my sister must be because he made all my dreams come true for her.

And then she falls asleep after downing her wine and saying her piece.

Then the turkey mess, some homophobia or anti-gay prejudice, or whatever you want to call Joanne’s offense at the idea that her brother got married to another man, and kissed him, God forbid, in public. Of course it is 1995 when that was a little more acceptable.

Tommy’s line to his mother: “You’re a pain in my ass, you have bad hair, but I like you a lot.”

That sums up a lot of the whole family thing quite well. Don’t have to like someone to love him/her.