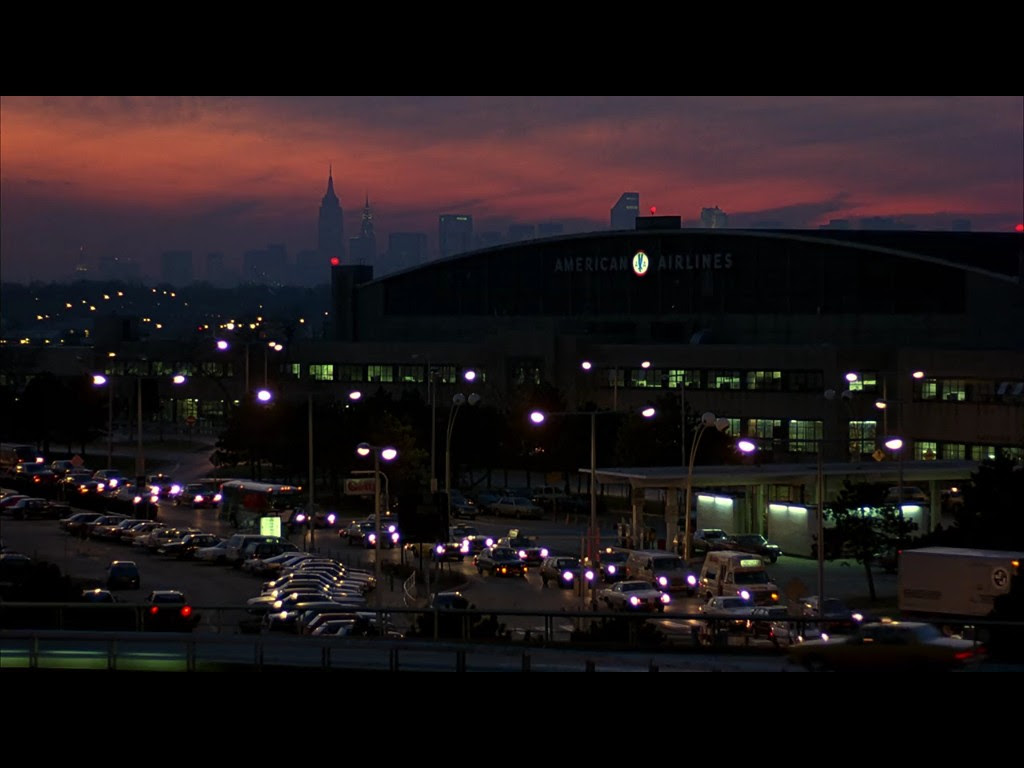 Nice shot of airport and city. 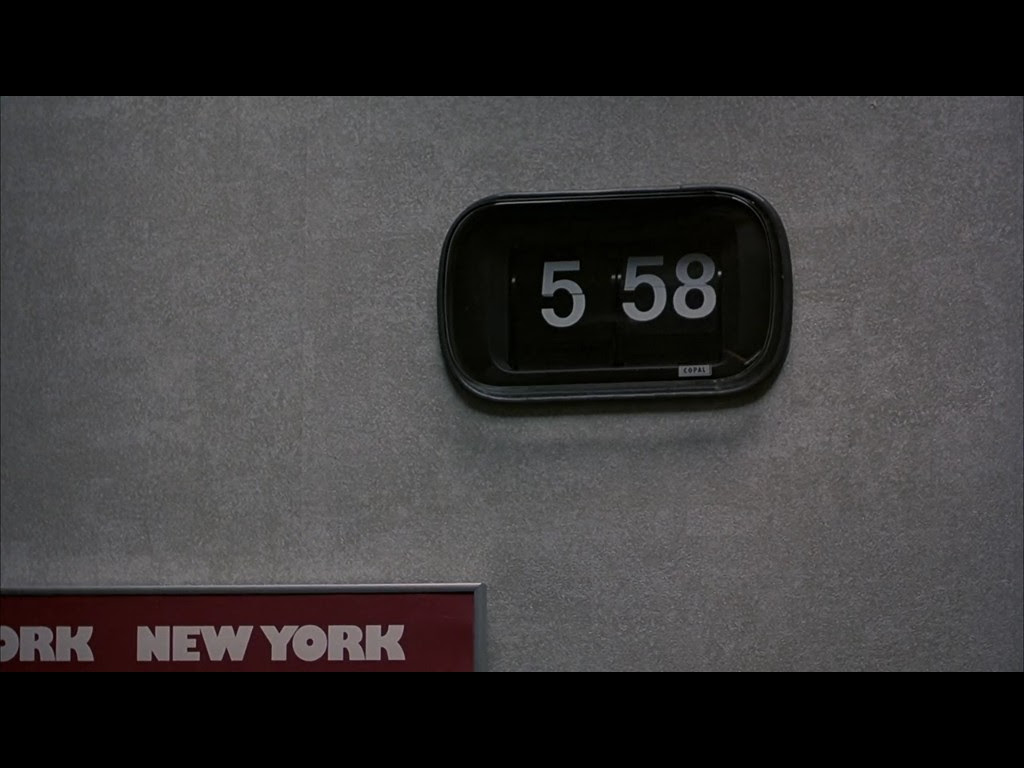 Right at 5 minutes 58 seconds into the film, this clock switches over to 5:58. 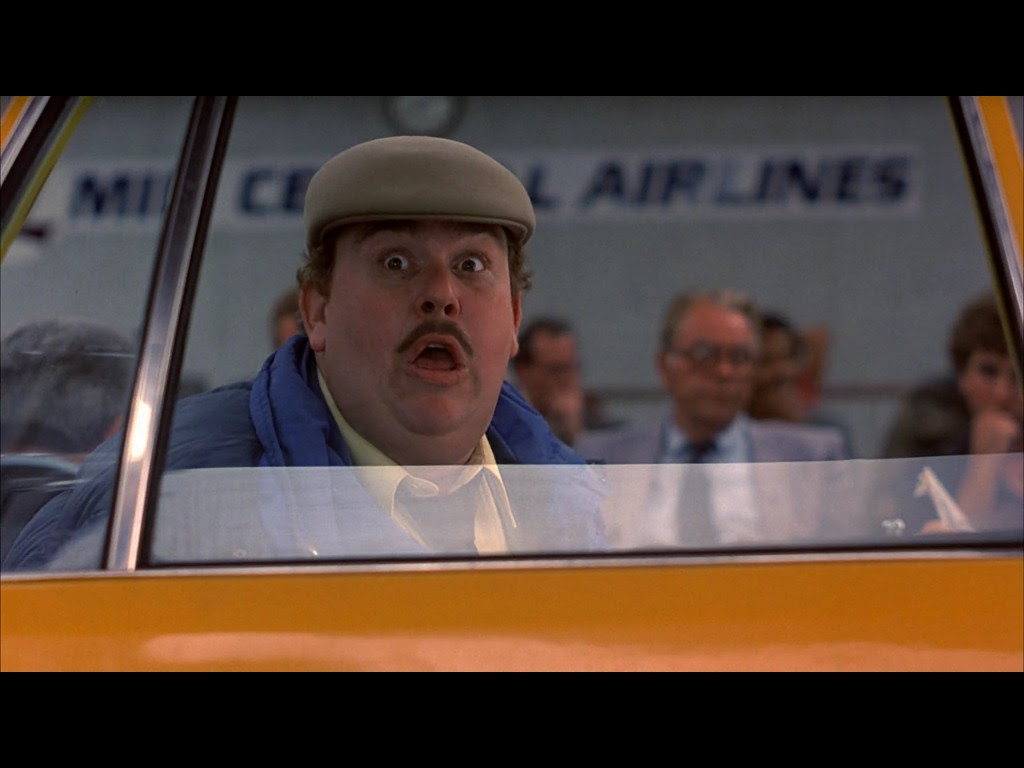 Love this insert shot of Del behind a cab door. 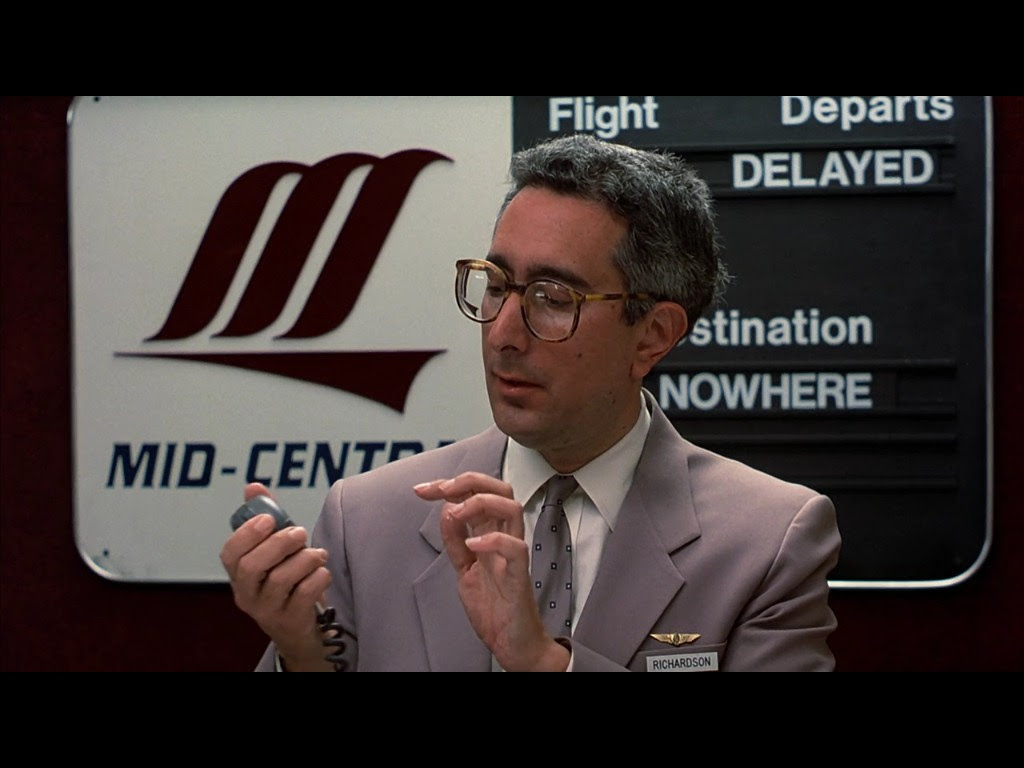 As far as visuals go, this film seems pretty generic but there are some fairly interesting shots. Plus, other than his tie, Neal wears a lot of greys. Del, on the other hand, wears browns and yellows and maroons (and a blue coat and red gloves). In fact, his maroon matches Neal's tie. After they spend the night together, they actually match each other at breakfast...

Speaking of breakfast, there's this shot: 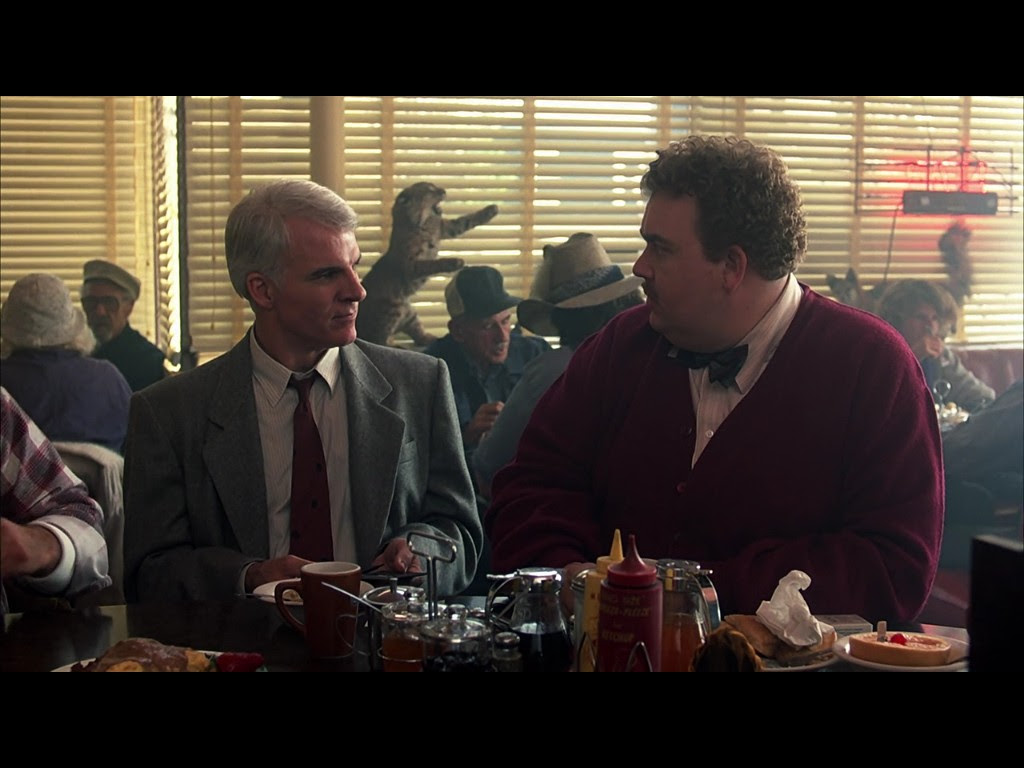 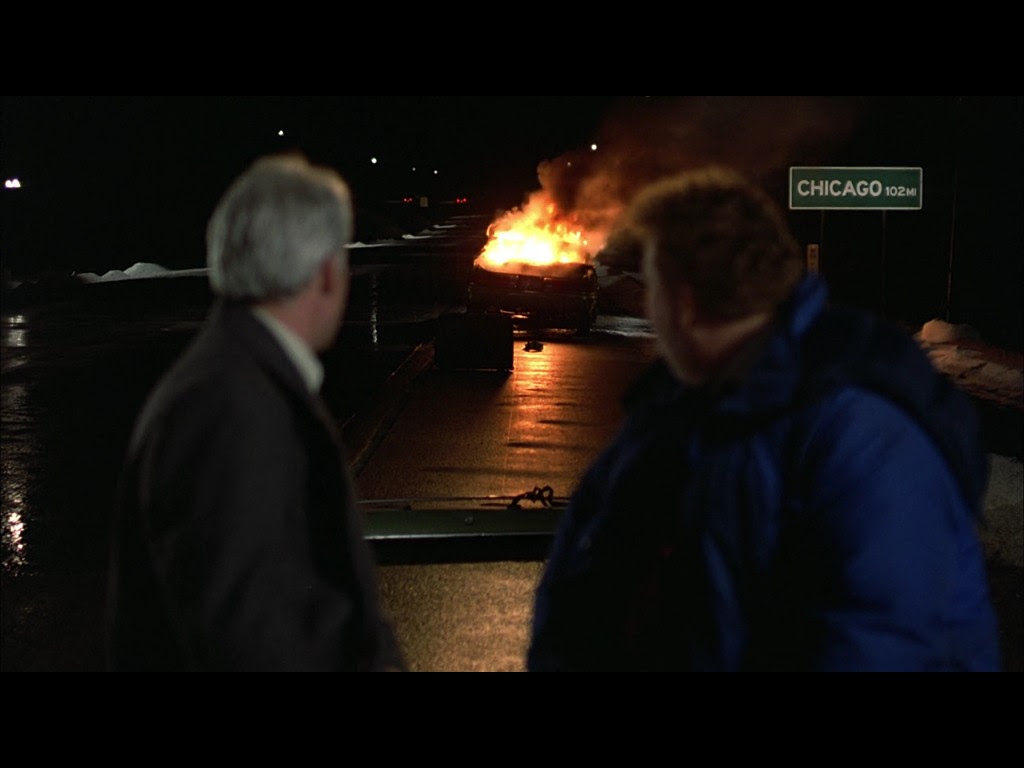 Why spend the night? You're only 102 miles from Chicago, the car still runs. Why get a motel room you can't afford?

Also, the flames are between them, and the smoke goes toward Del. Neal’s about to yell at him again. 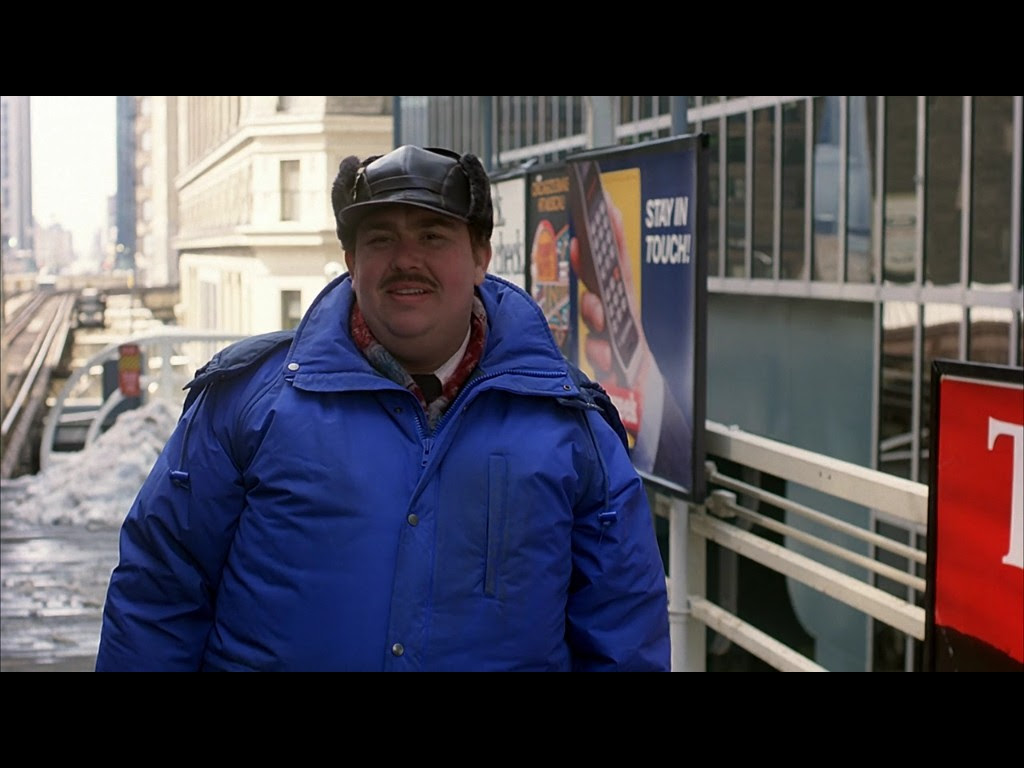