What to do.
Write blog entry.

So, there’s the metaphor. April is the turkey. It’s as simple as that. There’s a couple specific bits in Pieces of April where this makes perfect sense. Not a lot to say today, so I’ll just get into it.

First of all, Wayne’s little speech about cooking turkey:

It’s a common misconception that you can just stick a turkey in the oven. Turkey needs to be tended to. It needs to be cared for, lovingly. One must pay close attention to poultry...

So much can go wrong. Turkey could burn in places, be overcooked, undercooked—which is a health hazard. And, what about basting?

One gets the impression that April was neglected as a child, that her mother was always a bit of the bitch she has become with the cancer. One gets the impression that April’s damage has been with her for a very long time. And, she was never “tended to” and never “cared for, lovingly.” No one ever paid close attention to her. That’s why her family has no clear, good memories of her as a child.

The second thing is closer to the end of the film. Wayne has ripped off one of the turkey’s legs for his dog. But, when April gets her finished turkey from the Chinese family, the leg has been replaced, rebuilt out of bread. That family has rebuilt some of the missing part of April. 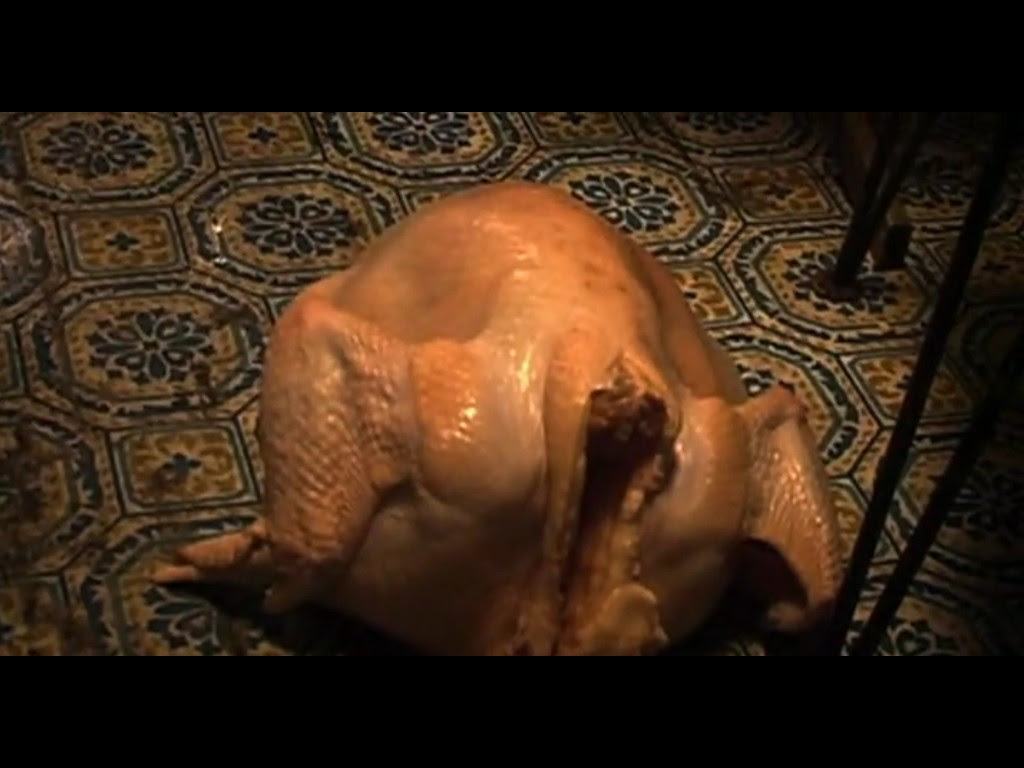