what did you do to me?

I'm only on the third film of this "month" of deconstructing my childhood interactions with film. This month might last a few months.

I suggested at the end of yesterday's entry that Young Frankenstein might have influenced my ability (and sometimes, it feels like a need) to appreciate the monster. That is, my ability to pull for the underdog, for the rebel, for those outside the mainstream, the eccentric and bizarre. Throw in Star Wars, for example, which I'll get to later this "month" and it's like 70s cinema was trying to create within its audience an urge toward rebellion... An echo of the real rebellions in the decade before, perhaps. Which, of course, I studied intensively when I went to college (the second time) as an adult. Pop culture of the time idealized outcasts, outlaws, rebels. The Godfather and its sequel. One Flew Over the Cuckoo's Nest. Taxi Driver. A Clockwork Orange, perhaps the most extreme example. Or just plain ol workaday folk like the cast of Alien or Rocky or Deliverance, the soldiers of Apocalypse Now or The Deer Hunter, the obsessed electrician of Close Encounters of the Third Kind. I wasn't really paying attention at the time, of course. Born in '76, I wasn't really paying attention until the 80s. But, like a fiscal year, a cinematic decade influences a whole lot after it is done. It doesn't just exist within its calendar's edges. 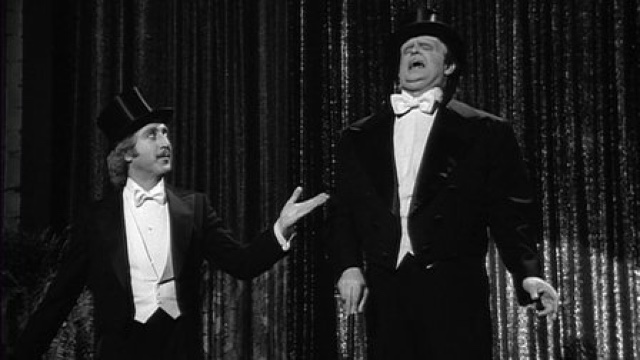 For example, the top two movies of 1980 were The Empire Strikes Back (more of that Star Wars rebellion) and 9 to 5 (which is very much about the same rebellion against office culture we see at the beginning of Snowball Express in 1972, or in Joe Versus the Volcano in 1990... the edges of the decades bleed into one another, Also, certain themes keep returning as long as we still insist on things like the same work schedules, like unequal pay, like soul-draining office environments). Third was Stir Crazy, a comedy about two men wrongfully convicted (which I have not seen in a long time).

The next year would introduce us to Indiana Jones and Arthur Bach. The next year: Dorothy Michaels and the boys of Angel Beach High School. I would see all four of these films in the theater. I would be 6 years old.

And so many films would follow, year in and year out. There would be big action heroes in the 80s, of course, John Rambo, John Matrix, John McClane, Rocky Balboa, Conan the Cimmerian, Martin Riggs, but also losers in need of love, or an adventure: Lane Meyer, Marty McFly, Ferris Bueller, every member of the Goonies or the four kids who went to find Ray Brower's body, those kids who got Saturday detention at Shermer High School, Samantha Baker, Ronald Miller, Keith Nelson, Lloyd Dobler, Billy Peltzer, Daniel Larusso, J.D., and so many more, all the way to 1990's Mark Hunter... Or even 1993's Phil Connors. (As I said, decades' edges bleed over.)

I imagine an entry like this that puts every movie I have ever seen, from obscure 80s stuff like Humongous or The Ice Pirates to the obvious, famous stuff like Amadeus or Platoon. A list of thousands of movies, connecting one to another, tying the themes across time and space, from one theater to another, one video rental store to another. A giant flow chart linking actors Kevin Bacon style... Imagine Young Frankenstein bumping up against Hoosiers or Unforgiven or one of the saddest movies I remember from when I was a kid, 1984's Misunderstood. That last one should have made my list for this "month", even though I might have only watched it twice through, because of its emotional impact. I mean, that's the point, right? Each movie slips in, and a version of it remains, imprints itself in my brain as much as a lesson from math class or bible class (moreso probably than either of those things, really, because movies are inherently more interesting). A good movie sticks with you. And it should. A good movie should affect you and change you, even if only in a tiny way you might not notice at the time. Alternatively, a bad movie also leaves a shadow of itself with you. And it, too, should. Otherwise, why watch a movie? Why watch several thousand? Except to add to all the rest of the information and experience being input into your mind, into your being, into your soul.