I'm watching Meatballs again before Groundhog Day tonight. And, while I had a title in mind for today's blog, I come to the writing of it without a plan. In fact, given that I'm watching Meatballs first, I probably won't even be posting this entry until after midnight, so my prediction will be wrong.

Since I'm in a pessimistic mood, I will suggest that I'm wrong about a lot of things like all the time. 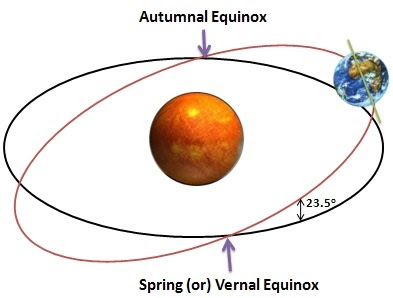 I thought about writing some generic stuff about spring, but that just seems wrong since Groundhog Day is all about winter.

And Meatballs is set in the summer. My seasons are all confuzzled today.

All I really want to say, in line with the title above, is this: March 21st will come just as any other day will. Time will go on. We may make new friends or lose old ones but life goes on.

At a given point in development, less conforming and more assertive agentic persons may cultivate a latent appreciation for communion and community. This expands them, not by increasing their agency, but by increasing their sense of community. This has two other potential effects. One, it helps the collective, that is, all those who are now more appreciated, to individuate, whether by cultivating an awareness of agency, as embodied in this new partner, and or by simply adding to its communal resources. Two, it may paradoxically, indirectly, increase the agency of the individual, who also gains strength through these new alliances. Through this integration of opposites, both expansion and wholeness is achieved. (p. 43)

Communion--that's the label on the yellow tab on this sheet.

Then, Benesh gets something slightly wrong. She says, "Nor do we know about his personal history outside of the 'one day' that is depicted in the film (in fact, he reveals only one significant memory of his prior life in the entire film." (Benesh, 2011, p. 44). The thing is, we know more than that about Phil Connors prior to the time loop. We know, for example, he's got a sister named Mary Pat. We know he went to school at Case Western High which is in Cleveland (and in the original screenplay, Phil even specifically says he's from Cleveland). We know he works as a weatherman for Channel 9 Pittsburgh but wishes he worked for a network. Per the second revision of screenplay, we also know he's a bit of a womanizer who has "charm[ed] all the little P.A.'s at the station, all the secretaries, and even some of the weekend anchors" (Ramis, 1992, January 7, p. 40).

And, on Meatballs just now Bill Murray said, "You gotta want it, Larry." And in the next scene, "For your information..." not Hairdo but Philip. Some Harold Ramis lines or Bill Murray lines repeating.

Sure, Phil doesn't reveal much about his life, but we can figure him out anyway.

On page 45, there are two Xs. Benesh (2001) suggests that Phil "masters" French, which there is no evidence for. She also lists "poetry (Baudelaire)" among the things he's mastered. Again, no evidence. He found a book of French poetry that included Baudelaire... maybe; we don't even know for sure he has that book. He may know that Rita won't take him up on the offer of reading to her, which means he wouldn't actually need the book.

CORRECTION: just as I was completing today's entry, the scene in which Phil offers to read French poetry to Rita played on my TV. And, Phil actually seems to have a book handy when he says it. He grabs it and lifts it just barely into frame.

In a text-relevant example [regarding that Gestalt Cycle of experience], Phil is dissatisfied emotionally, with his lovemaking with Nancy Taylor (sensation) and calls Rita's name (awareness). He becomes motivated to figure out how to get close to Rita (mobilization), and invests countless February seconds failing to successfully woo her, killing himself (excitement and action), finally hitting bottom and making contact (contact) in the form of his perfect day. The curse lifts. In this scenario, his "rent to start" comment and the closing theme music ("almost like being in love") are merely a healthy assimilation and withdrawal. (p. 49-50)

I like the idea of that. I mean, obviously, the "rent to start" line is a) there because it's funny and b) a lingering bit of Phil's sarcastic, cynical side. But, it's also a reasonable plan. You don't just move to a new town with a new girl (or guy) after just one night. That's just a bad idea. But, if you are going to, yeah, you don't buy property together. The yellow tab here is labeled "'rent to start' - healthy."

The next tab is a pink one--and it looks to be a topic I meant (and still mean) to look up in more detail. The label says "4 means of interpretation." Benesh says Frederickson's (2005) Jungian approach to film

...can be seen as an expansion of film scholar Bordwell's (1989) four means of interpretation, in which each is multiplicative of the others: (1) the film as imitation "world," (2) "explicit" intention of a moral or message, (3) intentional symbolic or "implicit" latent meaning, and (4) "repressed" meaning that is unconscious to the makers (pp. 8-9). I would connect these four means explicitly and say that the verisimilitude of a film, as "imitation world," will affect that realization of its potential to have its intended and other messages and symbols received, assimilated, transformed, and expanded upon by its audience. (Benesh, 2001, p. 54)

Without further research, I would say all that falls in line with something I've said more than once in this blog--when we want to find meaning, we can find it in any film, any scene, any line of dialogue. And, when we don't want deeper meaning, we won't necessarily see it. And, the meaning intended by the filmmakers and the meaning we take from the film as audience members are not the same thing. We see what we want and/or expect to see. It's called confirmation bias--I've written about it before.We ignore the details that don't fit with our current beliefs and values and we latch onto the details that do. That's one interesting thing that has come from doing this blog, watching the same film day after day after day--I've come at the film from so many angles, sometimes I forget what my biases are in regards to it.

I wish I could forget some other things as well.

The next tab is yellow--"merge with totem" the label says. Benesh (2011) suggests that Punxsutawney Phil is Phil Connors' "totemic opposite". More specifically, she references Gilbey (2004) pointing out that

...the camera, between the opening and closing credits, remains almost exclusively on the ground, eschewing the omniscient God's-eye view. Instead Phil Connors is a stand-in for the omniscient presence, fallible, but the best we have. A careful examination of the images in the film reflects the process through which the hot and heady, phallic-narcissistic, self- and goal-oriented Phil Connors can merge with his humble totemic opposite Punxsutawney Phil to become temperate, well-rounded, and timeless. (Benesh, 2011, p. 61-2)

The idea that the groundhog is--I don't know, exactly--grounded while Phil Connors is not makes a weird sort of sense... until you think about it and decide it's silly and simplistic... until you think about it some more and decide it's brilliant. Except, the groundhog has no personality except that with which it is imbued by Buster, by Goober, by the other Inner Circle guys, by Rita calling him cute, and by Phil forcing him to drive. The groundhog is little more than a MacGuffin. And, lacking real personality or character, I'm not sure it qualifies as a totem. In the film's terms, I mean--the film does not tell us what the groundhog represents or what it is like. In interpretive terms, one could run with this idea. And, I do like the sound of it.

And, in a related note (and a purple tab labeled "research"), Benesh cites Izod (2000), suggesting he "encourages the researcher, after having watched the film as many times as needed, to rerun it in his or her mind, with attention to the symbolic content, attending to its personal emotional resonance" (p. 63). This goes back to Benesh's notion that we each create our own "personal 'edition'" in our head of any film we have seen and take the time to think about (and really, just by watching it from our own, individually unique perspective, we create such a thing without putting any active thought into it). So, whether the groundhog is Phil's totem or not doesn't depend, necessarily, on what the film tells us but on what we tell ourselves when we watch.

Of course, I've got the time with this project to look at this film in many ways. I can do textual analysis in terms of narrative, in terms of thematic symbolism, in terms of visuals, in terms of... well, whatever comes to mind.

And, I will end today's entry, just as the "date night" sequence is getting underway, with the last tab I've got in Benesh's Chapter Three. Tying right in to what I was just saying, I accept the challenge Benesh says is impossible. She writes, "even over multiple viewings, it is impossible to list every image and object and less so to analyze such" (Benesh, 2011, p. 65). My pink label has a big X on it and the words "impossible task vs GDP" (GDP being, of course, Groundhog Day Project. I will catalog and analyze as much of this film as I can in these 365 days.

Today's reason to repeat a day forever: to not catalog anything, or write anything, for a good long while.