would you help me with my pelvic tilt?

Benesh references Christopher Lasch's (1991) book, The Culture of Narcissism which my copy seems to have been lost in one of my moves this past year. Benesh (2011) says,

...our current culture is overtly phallic-narcissistic and that Groundhog Day cleverly exploits this stage in our development. It shows us ourselves in not only the figure of Phil Connors but also in those who must relate to him, and it points us to a hopeful future. (p. 35)

Then the part that I actually highlighted:

Clinically, phallic-narcissism is a mild character disorder typified by a man's preoccupation with his sexual image and need to seduce women (Lowen, 1985). Metaphorically, it can describe an entire immature and overly agentic culture where feminine and communal values are suppressed and devalued. (Benesh, 2011, p. 35)

Capps (1993) suggests that this type of narcissist "is characterized by the need to parade his masculinty, often along athletic or aggressive lines" (p. 24). Recall:

So, did you sleep okay without me? You tossed and turned, didn't you?

Yo mama, isn't there any hot water?

I told you, call me Bronco.

I have a great body and sometimes I go months without looking.

And picture this again: 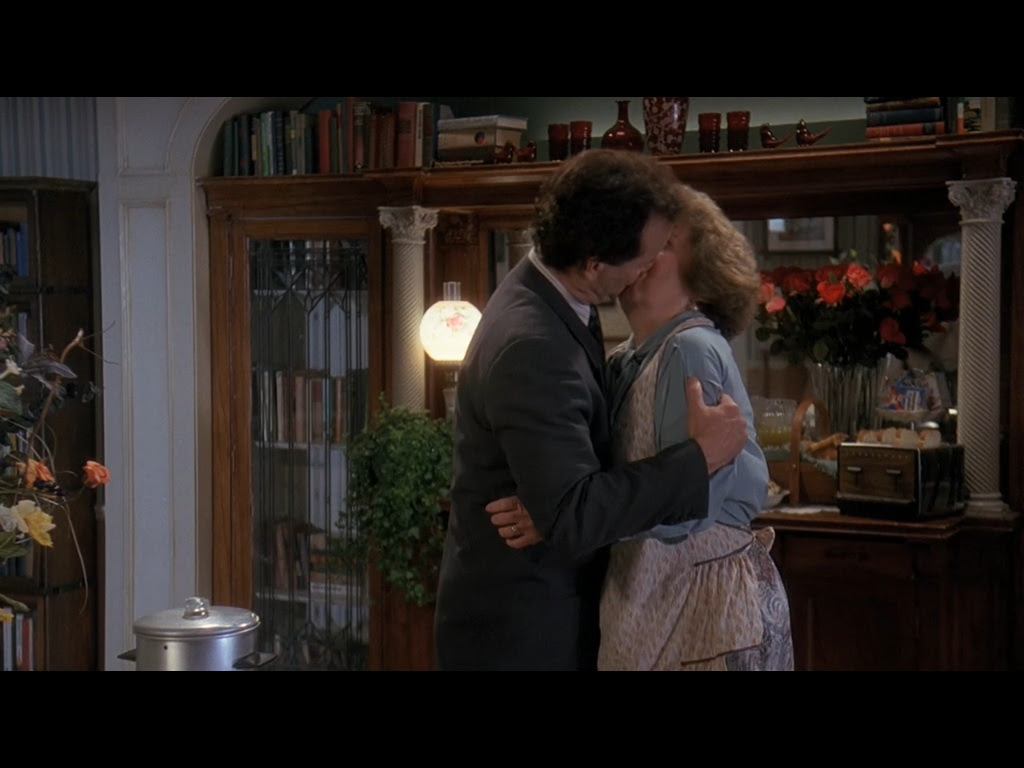 Phallic narcissists tend to be "arrogant, cold, and haughty" (Capps, 1993, p. 24). And, given the recent discussion of Stephanie Decastro who was lost in the screenplay drafts, consider the following:

...the phallic type is the one popularly associated with narcissism, and is largely responsible for the view that narcissists are so much in love with themselves that they are not only unable to love others, but also seem to take sadistic pleasure in refusing to let their admirers get too close. (Capps, 1993, p. 24)

Now, reread the Stephanie scene at the TV station. Maybe Phil isn't trying to be nice about letting her down. Maybe he's just so adept at dumping women that he "take[s] sadistic pleasure" in doing so, and he doesn't even have to be mean about it for it to work.

And here lies pre- and early-loop Phil Connors in a nutshell:

The problem with narcissism is not that it is 'bad' to think well of oneself, but that no matter how many things one has to be proud of, overly identifying with them is necessarily incomplete and one-sided. The logical extreme of overvaluing self is to devalue others--and all that is "Other." (p. 35)

Then Benesh gets into a bit about masculinity ultimately coming to a conclusion that "Phil Connors must undergo a redemptive process that is archetypically masculine" (p. 36). Counter this with Daughton (1996):

What makes Groundhog Day significant among contemporary films is that to achieve his transformation, Connors must embark on what is traditionally a feminine rather than a masculine quest, journeying inward in order to encounter and submit to the power of the dark goddess, rather than outward in order to master and claim some object in the external world. (p. 140)

When I write the literature review section of my potential thesis on the representation of gender in Groundhog Day, that gap between Benesh and Daughton will be one to exploit...

Of course, by exploiting the gap between these two female scholars, am I, a male scholar, doing something inappropriate?

The obvious answer is no but it's fun to ask.

And, just to be totally fair to Benesh, I should share the rest of her line. She says, "Phil Connors must undergo a redemptive process that is archetypically masculine, and must leverage his already developed masculine strengths in order to develop more feminine ones" (Benesh, 2011, p. 36). Benesh probably would not dismiss Daughton's take on the masculine/feminine delineation in describing Phil's quest, but I think she sees the process in a different enough manner that she would admit the gap I suggest is there. Phil Connors clearly goes from a more "masculine" character to being a more "feminine" one, but the process by which this occurs--it just cannot be both masculine and feminine. I might argue that it's neither, actually, cite something like Bennett (1998) in arguing that all "adult transitions" are relatively the same. Or, I might cite something better--I will admit I haven't actually read Bennett (1998)... yet. Heard of her piece in Martin and Nakayama (2013, p. 333). But, my point still stands--and it brings me back to an argument I liked to make against Daughton many months ago (it seems): we do not have to define everything as masculine or feminine. Hell, in English we make a habit of not delineating in our language at least the divide between masculine and feminine. Perhaps if we stopped continuing the binary branding of masculine/feminine so strictly in our culture and our scholarship, we might be better off.

I will necessarily have to use such a binary in my own scholarship--to put out a legitimate call to break apart that binary (or any of the many others we fit our sociocultural constructs into) would be an entirely separate paper... which might come across better if I were a) female or b) to cowrite the piece with a female.

But, that is another issue for another day...

Sort of. I mean, I could certainly argue now about how we should not assume that it is a strictly feminine trait to want to participate in a community. Daughton (1996) actually says quite well something related to the point I want to make; she writes: "He begins to nurture Spirit and to revel in communion, to pursue goodness for its own sake and to fulfill his human potential, without regard to sex role boundaries" (p. 149). The thing is, while Phil might be ignoring those boundaries, Daughton throughout the rest of her paper does not. But, my point is this: not every act needs to be defined in terms of sex role boundaries. Phil Connors' journey is, I would say, more universal than that--we could certainly blame his masculinity (or his phallic narcissism) for his problems pre-loop, but I think the film upholds his masculinity still in the end by insisting on a hetero-normative coupling for its coda.

Today's reason to repeat a day forever: to live without binary branding, without stereotypes, without prejudice. To just live.