Almost forgot to post this, violating one of the two official rules of this blog. It was complete 16 hours ago but I was waiting on a couple people to look at it for me. 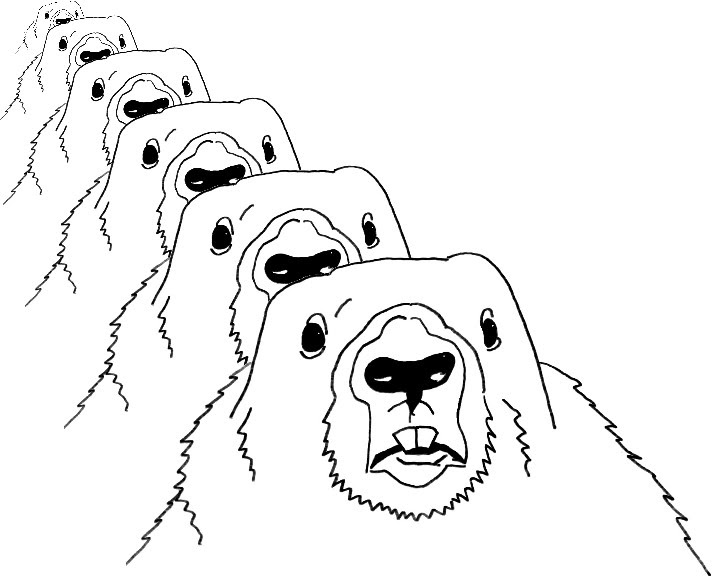 (image not included in press release)

Glendale, CA – Local man, Robert E G Black has been watching the 1993 comedy Groundhog Day every day since last August 2nd and has blogged it about daily as well at groundhogdayproject.com. Day 250 is coming up soon—8 April. Every day—running 6 AM to 6 AM—he watches Groundhog Day from start to finish (including credits) and writes a blog directly linked to that viewing or inspired by the film.

He has deconstructed the movie from more angles than are probably necessary. And, every entry is titled with a separate line from the movie (repetition is not allowed) that has something to do with the topic at hand. He has explored philosophical topics (e.g. Nietzsche’s Eternal Recurrence), cinematic topics (e.g. spending numerous days deconstructing various drafts of the screenplay), and mundane topics (e.g. the prevalence of the color blue in the film).

“…it's not just a movie, because it's a parable or an allegory or a modern myth or whatever else you want to label it really. It's a philosophical treatise on the nature of modern life, with explorations into hedonism, love, self-sacrifice, and ultimately a sense of communion with those around us. It's not a flawless film, but its flaws make it endearing. It's a film that embraces fully the imperfection, impermanence and incompleteness of the wabi-sabi view of life, made better by not being perfect. Hell, being perfect because it's not, if you can get your head around that one. It's transient and transcendent because it's so very mundane in its day-by-day exactitude.”
– Day 77: you are new, aren’t you

“I don't have all the answers. And, neither does Phil Connors. But, if I could somehow give everyone the luxury of just sitting around watching an old show or an old movie, I would.”
– Day 74: basking in the warmth of their hearths and hearts

Contact information [actually press release includes more information than this, you know, like my address and phone number]: