even though it's just pretend

There will be few words typed today, because today I spent a good portion of my day writing some… other stuff related to Groundhog Day. That is, the cards for Groundhog Day: The Board Game are pretty much done—playtested a cards-only version with the kids, didn’t like it, sketched a version of the board design and playtested that as well. The cards weren’t labeled well at that point, just their categories… 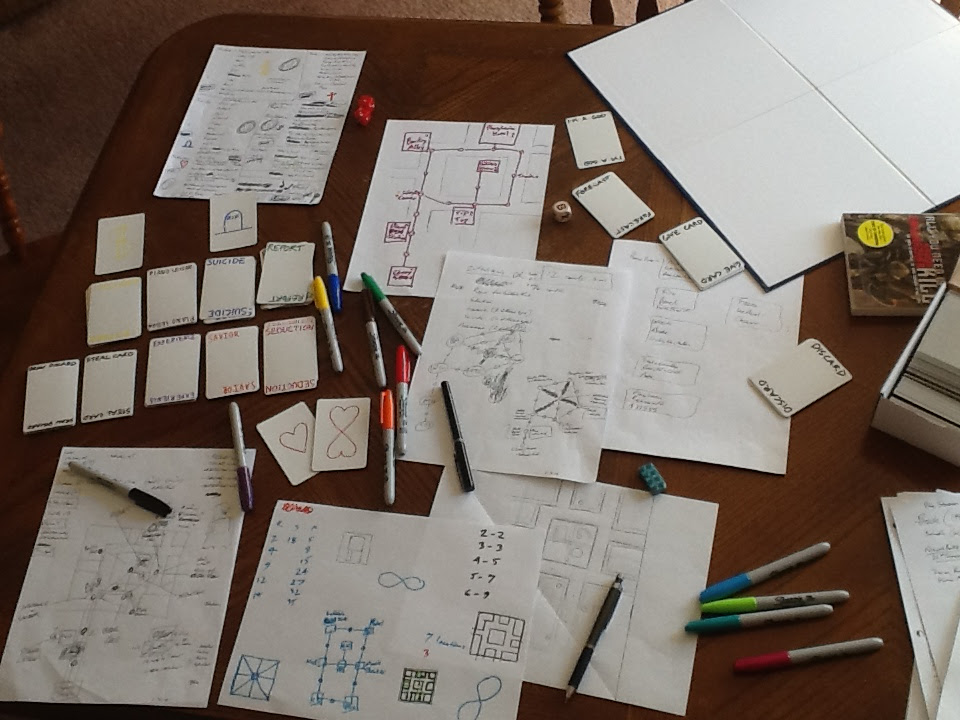 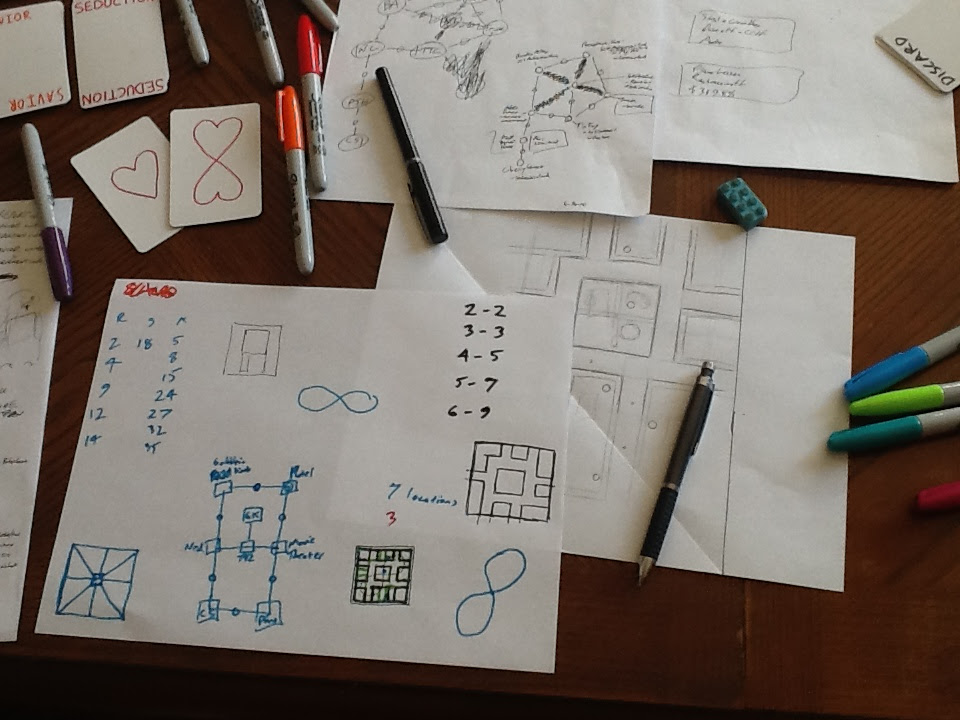 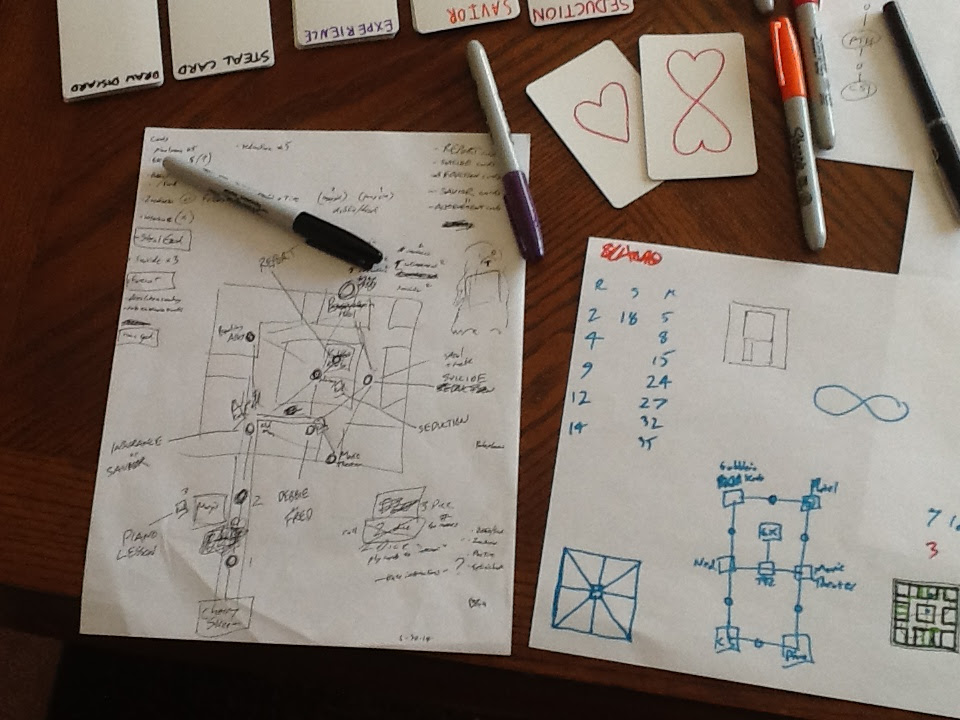 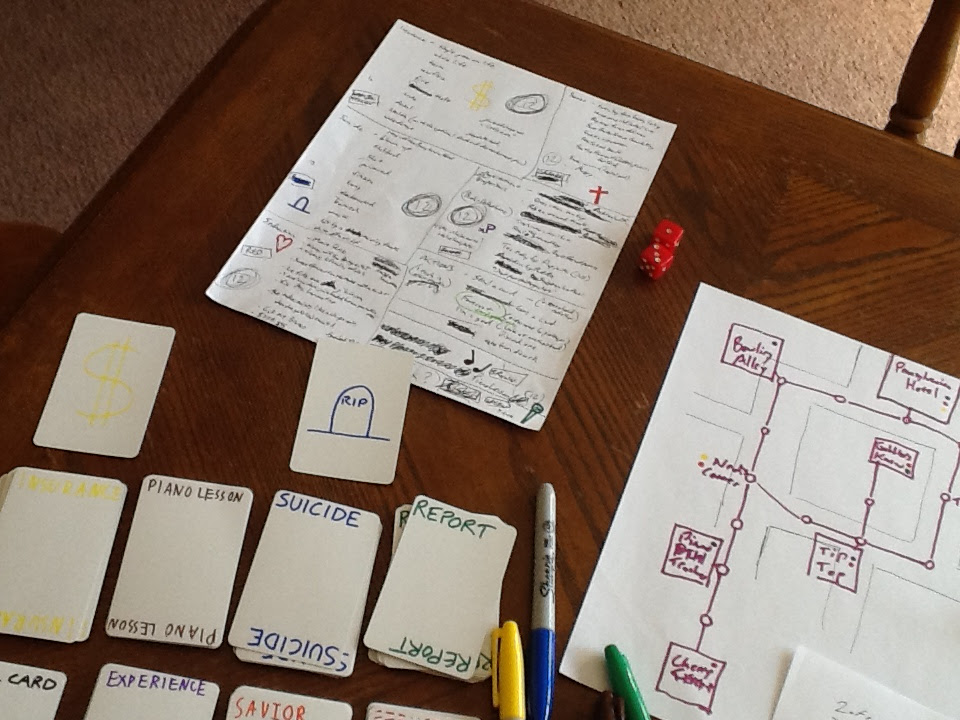 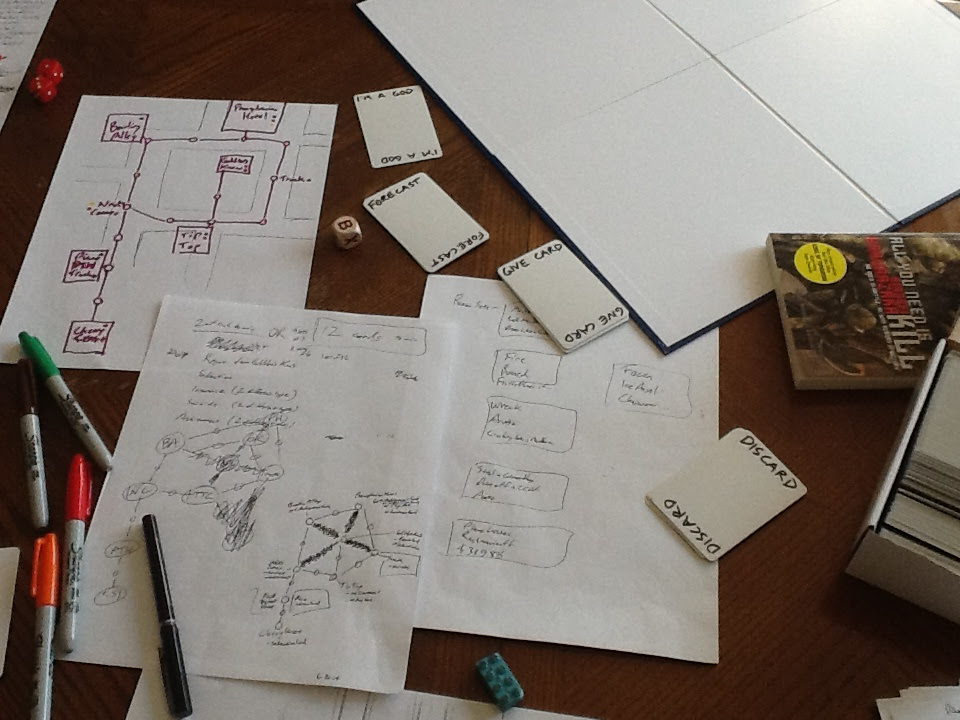 You can see some cards that didn’t survive the playtesting in those shots—DISCARD, GIVE CARD, FORECAST and an I’M A GOD card that was a great idea that just doesn’t work in a game with categorized cards. And, that big white board in the upper right of those last couple shots—that will soon be the board for the game. I have the design, I just have to… draw it, I guess, on the board.

(My copy of All You Need Is Kill, the novel on which Edge of Tomorrow is based, can also be seen in those last two shots. Only got it yesterday, haven’t had time but to glance through it.)

Anyway, here’s a better idea of all the cards made today, seven categories of cards—currently SEDUCTION, SUICIDE, EXPERIENCE, REPORT, PIANO LESSON, INSURANCE and SAVIOR—with color coded backs. I’ll get into the rules and how those categories work more when the whole test version is complete. 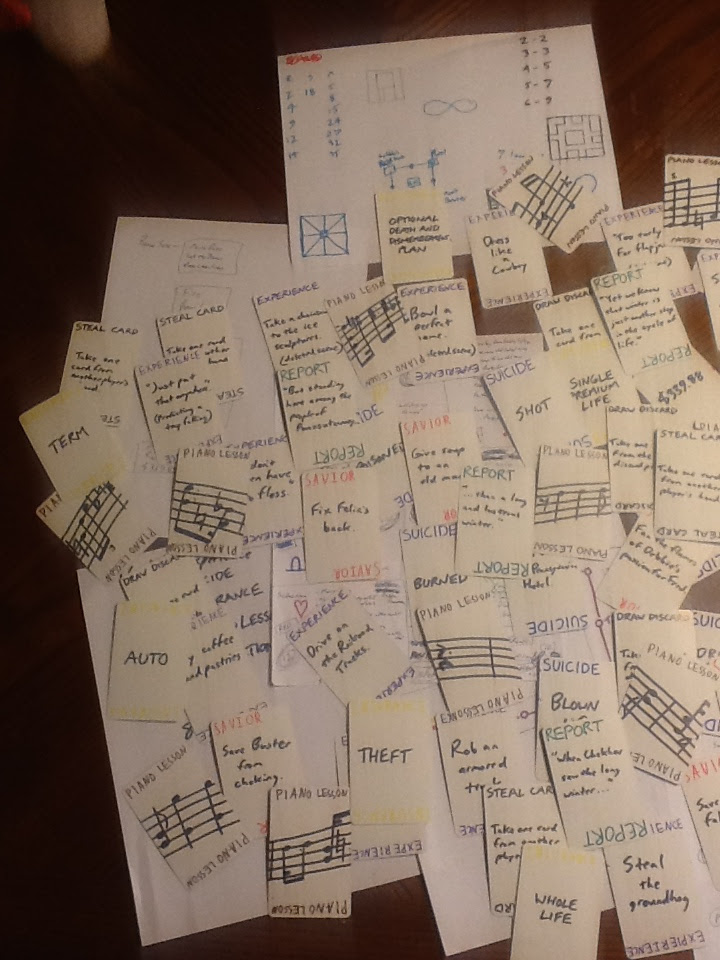 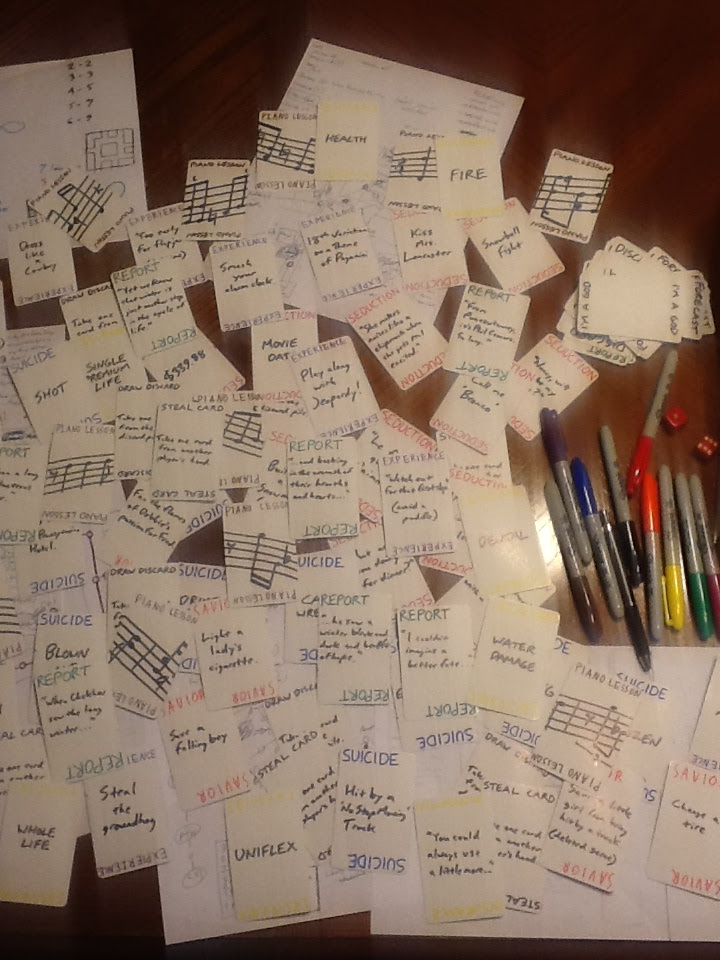 (I should have gotten a shot of the backs of all those cards… very colorful.)

Also, if I get this past the test version—

I have no idea how to make it a real, published thing, since it’s based on a film, would need a license of some sort from Columbia Pictures, I suppose. I do know at least one company that accepts submissions for game and publishes them, but the licensing thing might be a major issue

If I need a secondary, better version, I plan to do some printed designs for everything on the computer. For now, it’s all gonna be handwritten.

(Also, there are dice in these photos, but the playable version will use a spinner that I will make look like the face of a clock.)

And, I will definitely have a playable version at the Day 365 Party.

Today’s reason to repeat a day forever: to invent a new game themed to each day.