attention to every conceivable detail

So, I've established a couple times now that John and Holly really shouldn't get (back) together at the end of Die Hard. But, I'll reiterate: he's still a New York cop, and she's probably got an even more important job in LA now that Takagi was killed. Ellis, too. Holly does note that his office was nicer than hers, so he was probably pretty important also. My point is that Holly giving her name as McClane at the end of the film is somewhat arbitrary.

(And, a little sexist, but I don't really want to get into sexism on this, the final day of watching Die Hard.)

I wonder if the movie would still be as good without it, though. (It didn't come from the book, by the way. The cop in the book was visiting his daughter, not his wife.)

There are a couple details to this story that seem arbitrary. Aside from that just mentioned, there is McClane's New Yorker-ness. That is, does it matter that McClane is from out of town?

I'll answer this second question first. Because of the whole Christ-Figure thing--John McClane scores quite high--there could be one very simple reason John McClane has to be an outsider. To be a Christ Figure. 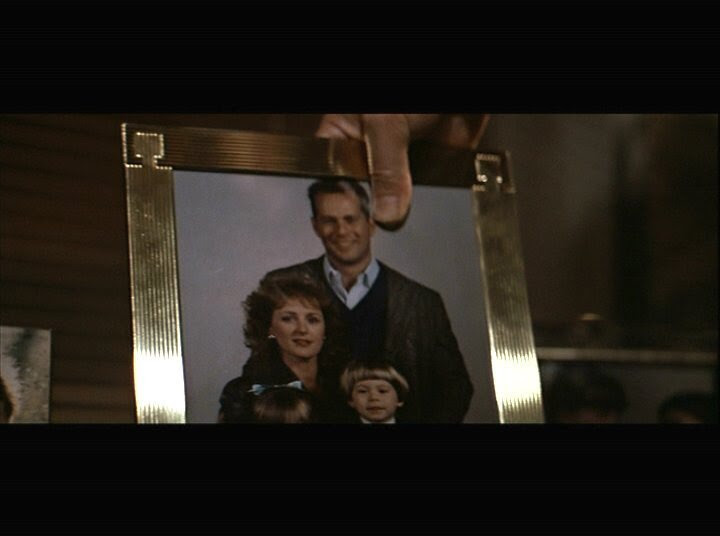 In the novel, Joseph Leland is a retired New York detective. Stephanie Gennaro is his daughter (and she's sleeping with Harry Ellis). And--get this--when Gruber grabs her as he falls, she falls to her death. Essentially, the marriage in the film version is original to the film. And not having her die was a deliberate change for the story.

(Powell, by the way, is not in the book. Instead, Leland talks to a stewardess named Kathy that he met on his flight to LA. His wife died after leaving him.)

I'm mixing the two things, I guess. What's better than the protagonist losing his daughter? Not losing her. What's even better than that? It was his wife from whom he was estranged. Yeah, that works.

(Nevermind that having saved her life or not, John is still at fault for staying behind in New York.)

This week has not involved as many words as usual. I was busy and/or I was tired, so entries were short. It happens.

And, as I finish with Die Hard, you know what I really like about this movie. The main villain is actually the smartest guy in the movie (although, I don't know why he couldn't find a photo of Joseph Takagi). He doesn't lose because of his mistakes. McClane just gets lucky a few too many times (in the air duct, for example) and his brute force New York cop style gets stuff done... except for the other reason I rather like this movie: had McClane not gotten involved, there would have been a singular casualty (Takagi) and that's it. Gruber's plan was pretty good.