benefits of a classical education

John McClane is "a New York Cop." His label makes him who he is. It defines him. It keeps him from moving to California to be with his wife. His wife's label: "Gennaro, Holly." (also, Gennero, movie mistake.) Her label paints her as a single woman, available to do business with Nakatomi clients. It also invites--even though he actually knows better--Harry Ellis to hit on her. The reality of her being married is less important to her day-to-day life than the "reality" of who she presents herself as. 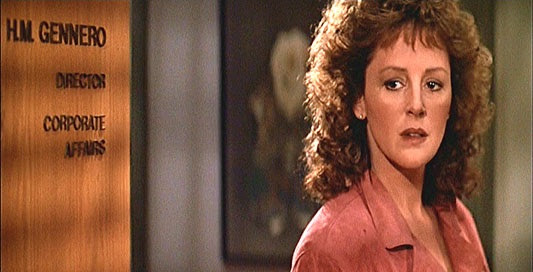 Goffman's presentation of self or something similar that I've referenced before... Insert that here (as I noted yesterday, I'm away from my binders and working on two devices which limits on-the-spot research.).

We are who we say we are, until our actions prove otherwise. Through Die Hard, McClane remains a New York cop. Holly, on the other hand changes, giving her name as McClane at the end of the movie... which is actually rather wrong, now that I think about it. She was not in the wrong in moving to Los Angeles. John was in staying in New York. Just because he turns into a hero who can save her from Hans Gruber shouldn't mean that situation has changed. That's why, on Day 1 I said their marriage was "magically" saved. Really, it is only presumably saved. We choose to believe in the happy ending because that is how Hollywood movies are supposed to work. We want the couple to get together. It's actually both remarkably progressive and offensive (for two different reasons) when Co is killed in Rambo rather than surviving to end up with Rambo, but I'll get to that in a couple weeks when I watch that movie. The general pattern is if there's a male protagonist and a female support character closeby, they will at least have sex and probably "end up together." Often it plays as a tacked on detail. Sometimes it is just more of the woman serving as plot device to drive the male. Only rarely does it make complete sense and not feel like something the studio demanded.